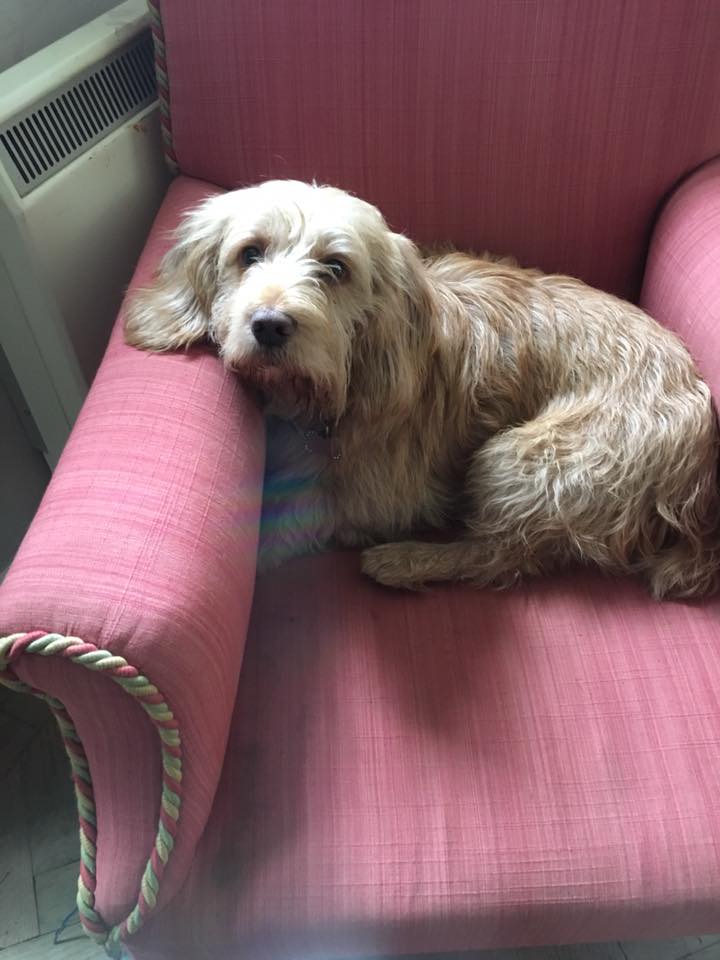 I already have two PBGVs, Humphrey who is 5 and Dolly who is 7.  I had been looking on the Griffon Adoption page and decided I couldn't resist any longer.  There were many I could have chosen from but it seemed like Rubio was in the most danger so our adventure began.

All the lovely people made it a very easy process (although I am quite certain there are a LOT of unsung heroes and hard work behind the scenes) and on Sunday 13 December Rubio arrived.

He was absolutely shellshocked when he arrived but it didn't stop him coming in to peer into what was cooking in the oven! The first day he arrived we were petting him and he actually fell asleep standing up.

He settled in very well, he paced about for the first couple of nights but after that he sleeps soundly and has a good old snore! He was a greedy little thing but I assume that is because he's had to fight for every scrap but even that is abating now as he is starting to realise that food comes on a regular basis although I am sure if I wasn't a bit careful I'd be the proud owner of the fattest rescue dog in town!

We did have a few little potty training accidents but again that was because he just didn't know how to ask to go out and with a bit of patience (just like with any other puppy or dog) the penny dropped really quickly.

He's good on the lead and we have a big field where it is safe and he can be let of the lead and he comes back at a 100 miles an hour when he's called.

I think we've been very lucky - he's so affectionate and Dolly and Humphrey have accepted him really well. Its been such a positive experience for us that I really can't recommend it highly enough. I can honestly say its been so easy and I had myself prepared for all sort of eventualities none of which have happened!

As you can gather we love our little fella and I just hope each and every dog gets the happy home they deserve. It absolutely amazes me that they've all had rocky starts but they're still loving and willing to trust.